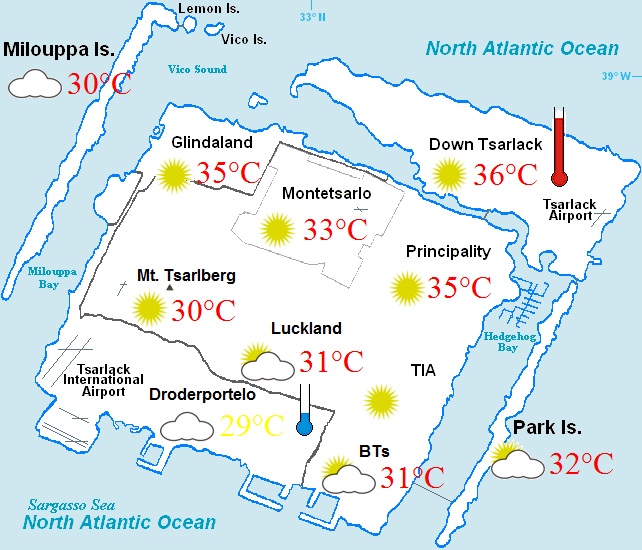 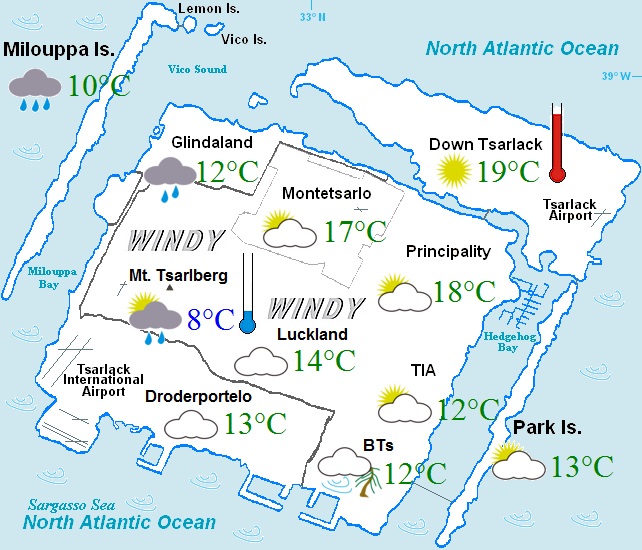 Tsarlack’s location in the north Atlantic brings it in constant contact with both the high pressure areas common to the and the constantly moving polar and tropical air masses.

As the European continent is over 1600 km away oceanic conditions are the controlling factors of the regional climate. Consequently the Tsarlack islands have a temperate, maritime climate characterized by agreeable temperatures with small average annual variance.

An average level of humidity (53% average/yr.), and rainfall which is both regular and well distributed throughout the year, although with greater abundance during the winter months, are the dominant weather patterns in the region. Light cloud cover is common throughout the year.


Check your local weather on
Tsarlack.com/Weather